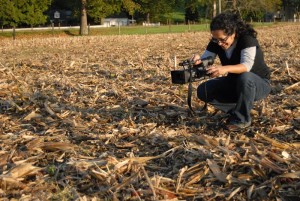 Jacqueline Arias is an artist, independent filmmaker and teacher. This film which began as a personal experimental film project about her own adoption, evolved into a feature-length film that includes issues about women’s rights, unfair class structures, misconceptions about families  of origin, inter-country polices and wide spread corruption in international adoption.

When she’s not hunkered down in the editing room, she is teaching media literacy in the greater NYC area. Her passion for putting the media-making power in the hands of those who are most marginalized in society has led her to create an educational media literacy and arts program in Jersey City, which provides youth the skills necessary to tell their own stories through digital media.

She is grateful to her close friends and family who have supported her through this process; and for the people who have volunteered their time to help complete this film.