Our final days in Costa Rica

We’re going into the final week of shooting in Costa Rica! It has been quite an adventure. I am amazed by all we’ve done so far. Since we arrived here in January, we have interviewed twelve mothers who have lost their children; began a partnership with a non profit women’s organization, Alliance for Women; started a transcultural media literacy project between a middle school in Brooklyn and a school in Costa Rica; hired a private investigator to find the missing children of mothers whom we’ve interviewed; and most importantly, we have brought together two families separated by adoption. It has been a truly overwhelming experience—physically, emotionally, and spiritually—and I wouldn’t trade it for the world!

In the midst of all of these wonderful achievements we have also had an unfortunate set back – my computer was stolen last week, as well as two hard drives containing video footage. Fortunately, we backed up all of our interviews so we didn’t lose any valuable material. However, this leaves me with nothing on which to edit the movie together when I get back to New York. It’s been really upsetting for both Sharon and me, but we are not going to let it keep us from completing our goals during our last few days here, as we shoot reenactments of the stories told to us by Costa Rican mothers. All of this work as been a great privilege to be involved with, and we are proud to be a part of these women’s lives.

Oh, and a big “thank you!” to everyone who has been so supportive throughout these months, both emotionally, creatively, and financially. As much as I hate to ask for additional funding from everyone, we still have quite a ways to go before this project is fully funded. This has become even truer due to the recent theft of our equipment.

I ask that you please contribute anything you can and help us complete this important project. And if you have a mother or friend who you think might be interested in this project, please share our important work with them, too.

From out of the ordered suburbs of Idaho to the grim chaos of Haiti came 40-year-old Laura Silsby — fleeing creditors who had foreclosed on her home and ex-employees stiffed of their wages.

To the Caribbean she went with nine other self-appointed missionaries and an audacious plan: they would “gather 100 orphans from the streets,” of the poorest country in the Western Hemisphere, according to an outline on the Web site of Silsby’s group, New Life Children’s Refuge.

The children would be whisked across the border into the Dominican Republic. Food, shelter, legal permits: the basics would be worked out by divine blueprint. For now, they needed funds — tax deductible!

What’s more, there would soon be “opportunities for adoption,” the group mentioned, “for loving Christian parents who would otherwise not be able to afford to adopt.”

Silsby and her live-in nanny, Charisa Coulter, are still in a Haitian jail, where they have denied charges of child kidnapping. A judge there has agreed to release the two this week, but the case shows once again how easy it is to manipulate people in the name of an all-loving God.

“Kidnapping for Jesus” is what many, including outraged Idahoans, have called it in reader response to newspaper stories about the missionaries. Silsby says it’s all a misunderstanding, and her intentions were good.

At the least, the curious case of Laura Silsby raises questions about cultural imperialism: what makes a scofflaw from nearly all-white Idaho with no experience in adoption or rescue services think she has a right to bring religion and relief to a country with its own cultural, racial and spiritual heritage?

When I first started working on this documentary, my hopes were to give birth mothers an opportunity to share their story. I didn’t fully understand that I might actually be a part of reuniting families separated by international adoption. The experience of seeing a family come together has been overwhelming. Below is Cristina’s experience, the adoptee, from her facebook page and a short video we may use in the documentary.

It’s Always in the Undercurrents

Heather Rainbow on the child trafficking of Haitian children:

Haiti is currently holding 10 American Baptists in their country. These 10 Americans were trafficking 33 children into Santa Domingo, in hopes of having them be adopted, despite the fact that these children had homes and families in Haiti.

When people come to the United States and break the law, Americans will tend to be up and arms, demanding justice. If, say, there was an earthquake in Texas, and a bunch of Chinese people came to “help out” and trafficked 33 children to Mexico in order to get them adopted, you better believe the people of the United States would be pissed.

But Child trafficking has had a terrible history among Americans. Many Christian, Jewish, Mormon and other agencies pose as “adoption” agencies with the intent to misplace children into homes of their own religious affiliation, without care or concern for the child’s culture, race or religion. These agencies are billionaire dollar profiteers, and are not doing it out of generosity, but out of a sense of superiority.

What happens then, is that children are forced to acclimate to the dominant culture, in this case, learn and speak English, and discard their roots and ties to their home country and heritage. When this happens, it is no less than an act of cultural genocide. By destroying a person’s history, by cutting of people from their home, family and identity, their people are killed and destroyed, with only cellular memory and appearance being any hint at any other life. Read more 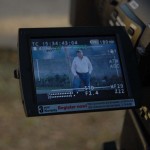 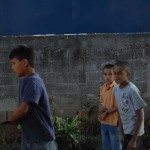 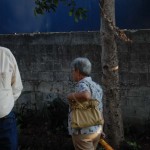 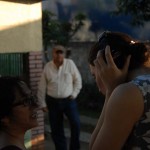 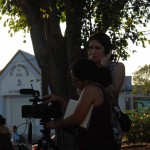 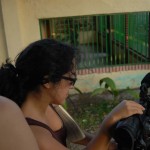 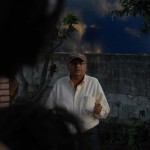 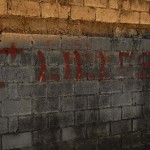 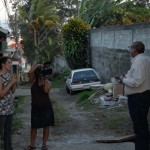 We also had our first interview yesterday, with the private investigator Mauricio Rojas, who helped me find my family in Costa Rica 11 years ago. (See pictures attached—taken by David Soto Arias). Incredibly, Rojas has helped us find another mother that has lost children to adoption, and we have a meeting with her and her family next week. The family was overwhelmed when they heard the news, for they had been looking for the child for years

It has been a week since Sharon arrived in Costa Rica, and we have already made great progress for the production of Imaginary Mothers. We posted flyers throughout San Jose and neighboring Alajuela looking for Latina mothers who have lost children to adoption. As we were posting one flyer, a woman approached us and shared a moving story about her neighbor who lost her baby to adoption. This neighbor ended up falling into depression and dying without ever having the chance to find her lost child. Nuria, the woman who shared with us this tragic story, is very interested in women’s issues and has connected us with women organizations in Costa Rica, which are doing great things to empower Ticas.

I’ve been in Orlando for a month now, shooting for my documentary, ironically during National Adoption Awareness Month. The adoption industry proclaims November as “a time to gather and give thanks for the blessings of adoption.”  I find it really hard to be thankful for the dislocation and separation adoption caused me and my siblings. And as I interview more adoptees I’m finding isolation and loss a recurring theme. Recently, my biological sister shared an entry from her high school journal about her experience being reunited with me and my brother after 9 years of separation.

“The one wish I always wished for came true…My Aunt and mom and grandma told me that I had to help them carry watermelon back from the store. I didn’t want to go…but they made me! Well, at the store my Aunt says “Go to the back and see if there are any watermelons.” Well I started walking back there and I ran into this girl, at first I didn’t recognize her, but I knew I  knew her. I wasn’t too sure, but then I saw a guy standing down the aisle smiling at me, then I look at the girl and she stood there smiling at me. Then she said hi! Well, in those two quick seconds I knew they were my lost sister and brother! I grabbed my sister and hugged her, next thing I knew I was crying of Joy and Loss!

In my mind our past flashed back at me-when we were little. This might be hard to understand, but ever since I’ve been adopted I’ve always felt alone in this world. Now that I have seen my own flesh and blood I feel whole!”

Phone call to my adoptive Mother:

“On F train to Manhattan to print final version of my proposal for Latino Public Broadcasting Grant. I missed my birth mother for the first time. And I regret not knowing her better. The distance between us was immense and becomes more apparent the further I delve into my story.”